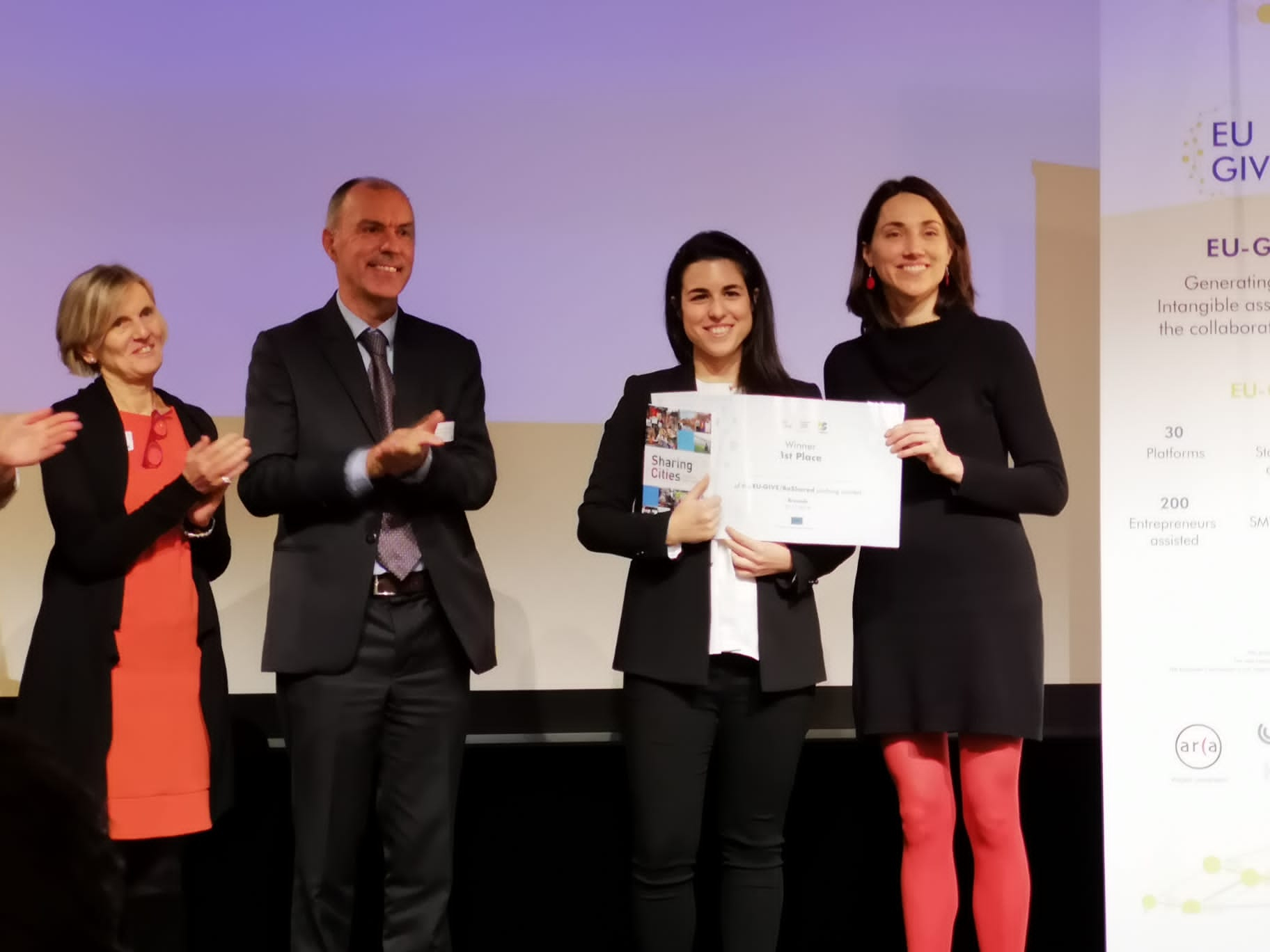 The Spanish project PENSUMO, which was selected by CEOE and has competed in Brussels with 15 projects from 12 different European countries, has been one of the three awarded by the European Commission’s EU-GIVE programme on Collaborative Economy. Its model is based on encouraging consumers with pension contributions both for purchases and for recycling.

On November 27, the pitching competition took place in Brussels, before a panel of investors and partners specialized in Social Impact projects, as the culmination of the EU-GIVE project, which aims to “Generate opportunities from intangible assets and value chains in the collaborative economy in Europe”. It aims to develop and test possible new non-financial EEN support services dedicated to entrepreneurs in the collaborative economy (coaching and mentoring). The EU-GIVE project has been coordinated by Consorzio Arca , Palermo, Italy.

Its purpose has been to identify appropriate business models for the different categories of users – Improve and optimize the interaction between service providers, intermediaries and users of the platforms and initiatives of the collaborative economy, for activities related to consumption, production, learning and collaborative financing – Highlight the role of start-ups as multipliers for SMEs to expand and join forces in the platforms – Transfer some of the principles of collaborative economy to traditional economy models and traditional enterprises – Adjust and test methodologies to support innovative businesses and social entrepreneurship

The selection of the participating SMEs was made among European social enterprises with high growth potential at a cross-border level and with the capacity to adapt the business model in different societies. The defence of the Spanish project was carried out by Alicia Orós, a young entrepreneur from Zaragoza.

The award-winning project of Pensumo de Zaragoza (Spain), currently has more than 6000 users and has achieved that its model “Pension for Consumption” (obtaining a pension through purchases, recycling, etc) is considered in the insurtech field as a “Fourth Pillar of Pensions”.

Pensumo is currently going to intensify its line of Circular Economy in which it is already extending the practice of providing incentives with a pension on a daily basis to any citizen who unloads the APP, by separating and recycling their domestic waste.