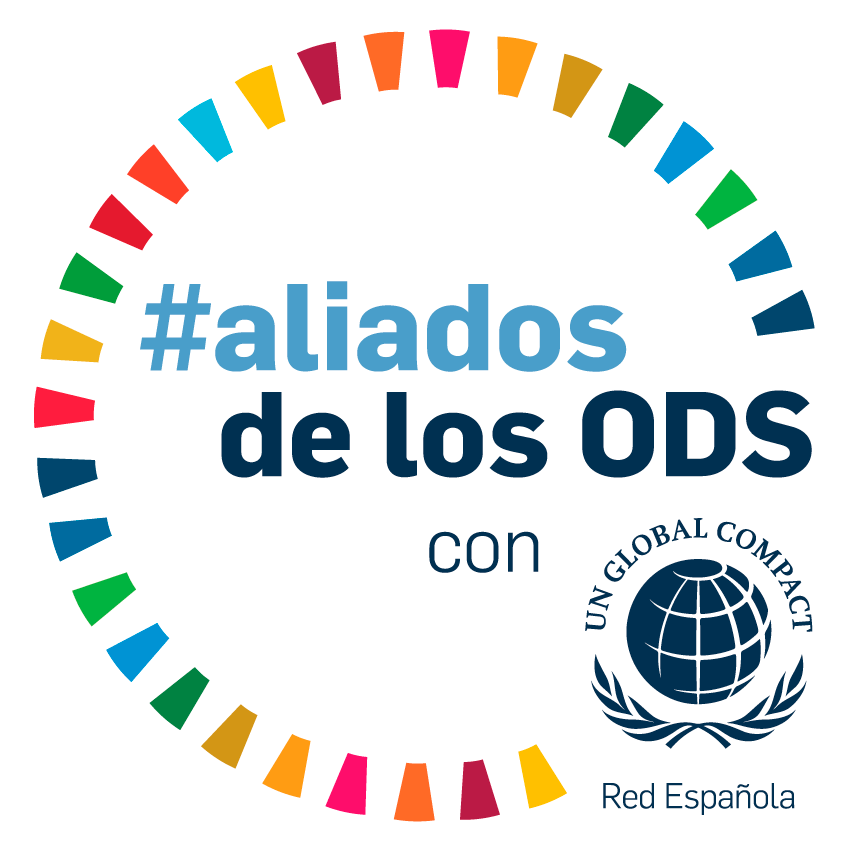 Pensumo join to the campaign #aliadosdelosODS Sponsored by the Spanish web of Mundial Pact.

– The aim of the campaign is to act as a loudspeaker in order to achieve a multiplier effect and for the Agenda 2030 to be known and worked on.

On the occasion of the 4th anniversary of the approval of Agenda 2030 with its 17 Sustainable Development Objectives (ODS), Pensumo joins the campaign #AlliesoftheODS to work on the dissemination of these United Nations Objectives, in collaboration with the Spanish Global Compact Network, an initiative to which it belongs. The objective is to contribute, from its own commitment to act with the ODS, to act as a loudspeaker and achieve a multiplier effect so that they are known and work.

On August 1, 2019 Pensumo joined the UN Global Compact initiative, the world’s largest initiative in sustainability. Since the approval of Agenda 2030 in 2015, in addition to its commitment to promote the Ten Principles, Pensumo has worked to align its corporate management with the ODS, where it finds new business opportunities, improves the relationship with its stakeholders and promotes innovation.

In this sense, Pensumo has established a series of commitments and good practices aligned with its strategy. These include the information channel created on Facebook to communicate and educate on ODS (ODS17). User-facing recycling campaigns to save and care for the environment through a free PPP (ODS11 and 13). Encourage healthy living and sport rewarded in monetary terms for the kilometers covered in training sessions and races (ODS3). Encourage road safety by having all the points on the card and the use of the bicycle as clean transport with the same type of monetary campaigns (ODS11 and 9). Create the concept of a consumer pension to create financial inclusion for all (ODS8 and 10).

The #AlliesoftheODS initiative is articulated as a communication campaign coordinated by the Spanish Global Compact Network. It is launched coinciding with the fourth anniversary of the approval of Agenda 2030 on 25 September 2015, while the United Nations holds a major international event to review the achievements of these four years and launch new initiatives.

With this type of actions, the Spanish Global Compact Network and its member organizations also seek to contribute to the country goal set by the High Commissioner for Agenda 2030 under the Presidency of the Government, that all citizens know the ODS in the year 2020.

Promoting the contribution of companies to sustainable development

Four years ago, the United Nations General Assembly Approved Agenda 2030 with its 17 Sustainable Development Goals (SDS), unanimously of the 193 participating States, including Spain. “Leaving no one behind” is the axis of the agreement. The ODS propose to end poverty and hunger, reduce inequalities and address urgent challenges such as climate change.

To achieve such an ambitious Agenda, the necessary participation of all was agreed: governments, businesses, civil society and citizens from all over the world. Its strength comes from the universal nature of the agreement and the ambition of its 169 goals. Achieving them requires an unprecedented effort from all sectors of society, and business has a very important role to play in this. Achieving ODS requires a combination of the drive of the public sector, business, investors and civil society.

For the first time the United Nations recognizes companies as a fundamental agent for the achievement of its global objectives: “Private business, investment and innovation are the great engines of productivity, inclusive economic growth and job creation … We urge all companies to use innovation and their creativity to solve problems related to sustainable development,” declared the international organization.

The United Nations Global Compact is an international initiative whose mission is to generate an international movement of sustainable businesses to create the world we want. Its strength lies in its unparalleled ability to unite companies with other actors working to promote sustainable development: governments, civil society and the United Nations. With more than 12,500 member entities in more than 160 countries, it is the largest corporate social responsibility initiative in the world. It also has a UN mandate to promote Sustainable Development Goals in the private sector.

The United Nations Global Compact has operated in Spain through the Spanish Network since 2004. It is the local network with the most signatories and is positioned at the head of the different UN Global Compact networks worldwide.