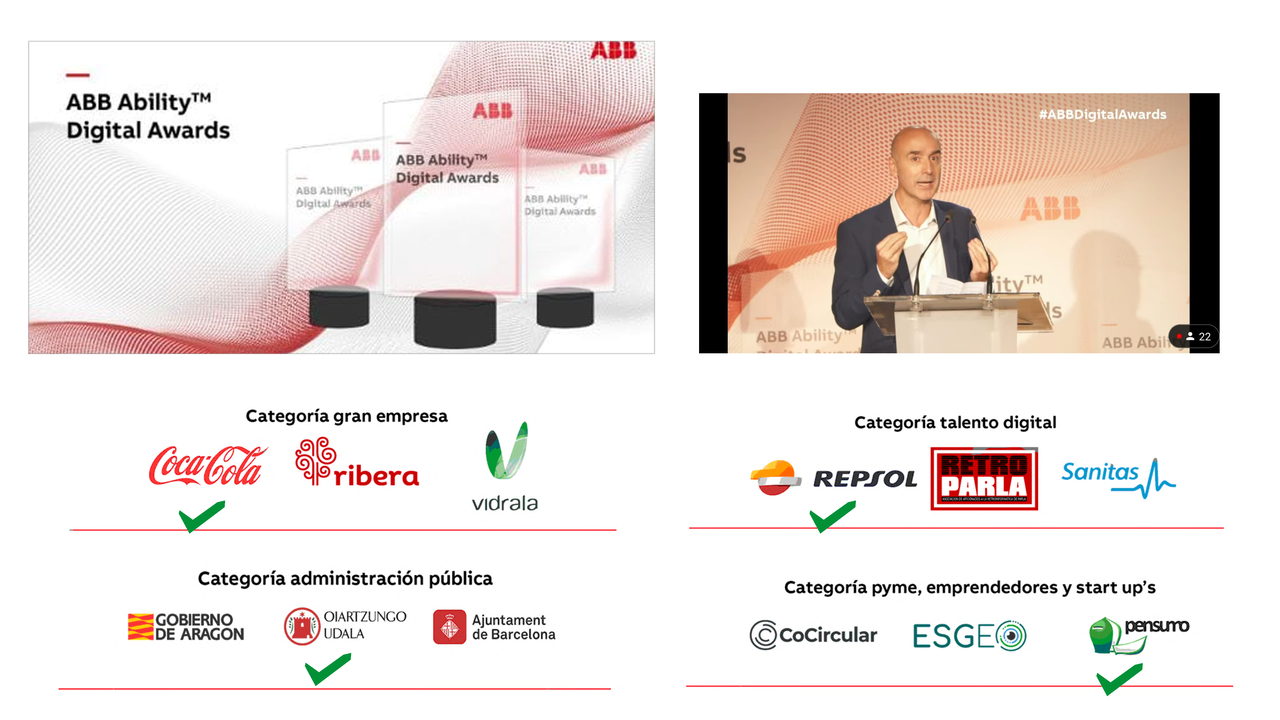 – Pensumo has generated through its APP, which economically rewards citizen recycling, a very active community of recyclers.

– The ABB Awards aim to recognize the work of organizations that are betting on digital transformation projects with an impact on society through efficiency, competitiveness and sustainability

– The winners in the rest of the categories have been: Coca-Cola (Large Company), Repsol (Digital Talent) and Oiartzun City Council (Public Administration).

The Zaragoza micro-SME, creator of the “Consumer Pension”, has been the winner of the IV ABB Ability Digital Awards in the SME / entrepreneur / startup category with its “Recycle and Sum” APP, an autonomous, independent and self-financing model that pays to the consumer for their daily recycling. From the free download application for Android and IOs, the user finds different types of incentivized recycling of between 2 and 5 euro cents.

Currently there are 3 active recyclables that can be carried out on a daily basis: plastic, paper and glass, and another 2 on a monthly basis: used cooking oil and used clothing. The company seeks alliances with companies and institutions to expand the incentive offer to other waste such as batteries, tonners, light bulbs, organic … Since its launch in August 2020, RECICLA has exceeded 300,000 recyclables measured through its APP and the 200,000 Kg of CO2 avoided. Recycling is certified by COLORIURIS, an entity that electronically performs trust services for individuals, companies and public administrations. The IT development and maintenance of the APP is carried out by the SME DINAMK.

At the moment, the company Pensumo in alliance with Ibercaja, has been admitted to the first Financial Sandbox of the Ministry of Economy of Spain, where it performs controlled tests to bring to the Spanish market supervised by the General Directorate of Insurance and pensions, the “Consumer Pension” , which is intended to become a complementary “Fourth Pillar” of pensions. After receiving the award, the CEO of Pensumo José Luis Orós, foreground that “in our experience, awareness is essential, but nudgets or small nudges to the consumer, in the form of micropayment, multiply recycling rates”. 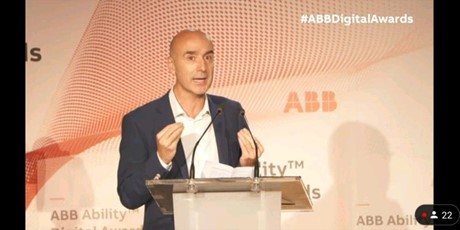 Compartir
AliciaPensumo winner of the IV ABB Ability Digital Award in Entrepreneur Category with the project “Recycle and add”.11.30.2021